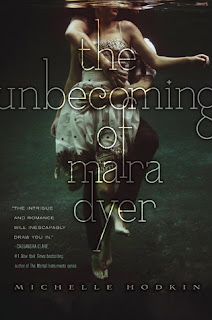 The Unbecoming of Mara Dyer by  Michelle Hodkin Published by   Simon And Schuster  on    September 27th 2011 Genres:   Paranormal, Fantasy, Young Adult, Romance Pages: 452 Goodreads “Thinking something does not make it true. Wanting something does not make it real.”  The Unbecoming of Mara Dyer delivered reality and truth into a supernatural and suspenseful book. Intrigue of Mara Dyer's character came from her being quite mentally unstable due to the accident that she cannot remember which killed her friends and left her alive. This makes Mara an unreliable protagonist and it is almost impossible to tell if what is happening is actually even going on in real life or just inside her head. However, I did find it quite hard to imagine what Mara Dyer physically looked like. I feel like the author did not exactly describe her appearance or even her ancestry (Indian) early on in the book, so I had a picture in my mind that didn't match with her description
1 comment
Read more

Get Your Sh*t Together - Sarah Knight 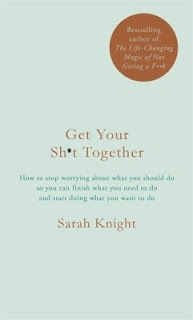 Title:  Get Your Sh*t Together Author:  Sarah Knight Series or Standalone:  Standalone (but has other books similar) Genre:  Non-Fiction, Self-help Format:  Paperback Publication Date: December 27th 2016 Goodreads Summary:  Ever find yourself snowed under at the office - or even just glued to the sofa - when you really want to get out (for once), get to the gym (at last), and get started on that big, personal project you're always putting off? Then it's time to get your sh*t together. "Get Your Sh*t Together" takes you one step further, organising the worries you want and need to give to help you to quit your day job and move abroad, balance work and fun - and save money while you're at it - or simply get out of the door in time for happy hour, every day. My Review: ***DISCLAIMER: I am writing this as a jet lagged hypo mess at 1am so just keep that in mind whilst reading this review. This is a bit ironic considering the ti
Post a comment
Read more 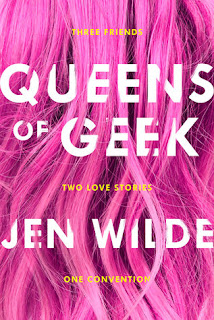 Title:  Queens of Geek Author:  Jen Wilde Series or Standalone:  Standalone Genre:  YA Romance, Contemporary  Format:  Paperback Publication Date:  March 14th 2017 Goodreads Summary:  When BFFs Charlie, Taylor and Jamie go to SupaCon, they know it’s going to be a blast. What they don’t expect is for it to change their lives forever. Charlie likes to stand out. SupaCon is her chance to show fans she’s over her public breakup with co-star, Reese Ryan. When Alyssa Huntington arrives as a surprise guest, it seems Charlie’s long-time crush on her isn’t as one-sided as she thought. While Charlie dodges questions about her personal life, Taylor starts asking questions about her own. Taylor likes to blend in. Her brain is wired differently, making her fear change. And there’s one thing in her life she knows will never change: her friendship with Jamie—no matter how much she may secretly want it to. But when she hears about the Queen Firestone SupaF
Post a comment
Read more 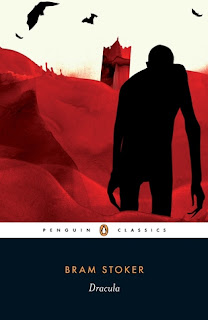 Title:  Dracula Author:  Bram Stoker Series or Standalone:  Standalone Genre:  Classic, Horror Format:  Paperback Publication Date: May 26th 1897 Goodreads Summary:  When Jonathan Harker visits Transylvania to help Count Dracula with the purchase of a London house, he makes horrifying discoveries about his client and his castle. Soon afterwards, a number of disturbing incidents unfold in England: an unmanned ship is wrecked at Whitby; strange puncture marks appear on a young woman’s neck; and the inmate of a lunatic asylum raves about the imminent arrival of his ‘Master’. In the ensuing battle of wits between the sinister Count Dracula and a determined group of adversaries, Bram Stoker created a masterpiece of the horror genre, probing deeply into questions of human identity and sanity, and illuminating dark corners of Victorian sexuality and desire.   My Review: Soo, Dracula is the first book we read in the book club I recently
Post a comment
Read more 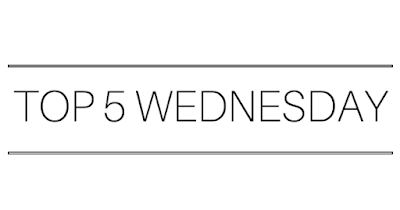 It's T5W time! For those of you who don't know.... Top 5 Wednesday is a Goodreads Group  where each week a new topic is chosen - generally associated with books!  This week's topic is.... Fictional Jobs you'd want to have. These are any fictional careers that you have read in any books or/and seen in movies/tv shows/video games that you would want to pursue! 5. Waitress @ Central Perk - F.R.I.E.N.D.S. Soo, you may or may not know, but my Mum, sister and I are kind of addicted to Friends. We have seen each episode at least 20-30x, but that doesn't stop us from deciding to watch Friends over anything else. I would LOVE to work at Central Perk and even if Ross, Rachel, Chandler, Monica, Phoebe and Joey weren't there, I think the atmosphere of the Café would be amazing enough. ALSO, it's in New York City so I would be very very happy.  4. An Assassin - Assassin's Creed. Lately, I have started playing As
Post a comment
Read more

Happy Friday everyone! I am soo glad it's Friday even though I'm working all weekend I needed a break from all the stress that is school! Tomorrow I am planning on taking some photos for my bookstagram account: @brooklyn.reads on instagram and hopefully I will be able to find some time to read before/after work :) I am currently listening to the audiobook of  Salt to the Sea  by  Ruta Sepetys  and I am really enjoying it. At school I'm studying the Holocaust in history so listening to this book whilst learning about the context around this book in depth in class (plus more) is helping me a lot. I have also joined a book club at school and for our first read we are reading  Dracula  by  Bram Stoker.  I am only up to chapter 3, but I am loving it and can't wait to continue. I hope you all have a fabulous weekend filled with lots of reading and SLEEEEEP!!
1 comment
Read more
More posts